Do you dare to know the city of Cusco without a penny? The capital of the Inca empire also offers free sites that combine history, incredible landscapes, adventure and more. To get there you will only have to walk or take a public service bus. Find out what places they are, how to get there and more information. Pack your backpack and go!

The stone of the 12 angles

Are you looking for the perfect photo in the city of Cusco? The stone of the 12 angles is one of the most photographed places in the city. It is a rock inside a large wall belonging to the palace of the Inca ruler Roca. Its fame is due to the fact that its twelve corners fit perfectly with its contour. This is surprising for a rock of more than 6 tons.

The visit to this stone is free twenty-four hours a day. Part of its wall belongs to the Archbishop’s Palace of Cusco (the museum of religious art).  During the day an Inca is seen guarding that no one damages the stone. It is that not long ago it was damaged by unscrupulous visitors. It is not allowed to touch it, only to photograph it. They are warned!

The San Pedro market is the most famous food center in Cusco. It is located a few steps from the Plaza de Armas so it is visited by both locals and foreigners. There you can buy handicrafts as well as utensils and rare species in Peru. In its meals section, for example, you can try ceviche at an economical price.

The market owes its name to the fact that it is located in front of the colonial church of San Pedro. Also because it was designed and inaugurated in 1925 by the French architect Gustave Eiffel. Today there are about 1,180 stores there. To visit it is to know part of the cultural aspect of the Cusco and Peruvians. Safety pin!

The White Christ is the perpetual guardian who guards the city of Cusco from above. This statue depicts a Jesus Christ all in white with open arms. It is 8 meters high. Its creation was thanks to the donation of the Palestinian Arab community in Cusco in 1945. The creator was the Cusco sculptor Francisco Olazo.

What most attracts the attention of this statue are the panoramic views of the city of Cusco that you get from there. The place where the sculpture was erected is no coincidence. The site is called ‘Cerro Pumamoqo’ and was considered a sacred place by the Incas. Just a few steps away is Sacsayhuaman. Don’t forget a good camera for the tremendous photos you’ll get!

Inkilltambo has a fascinating history. It was a religious temple, a huaca, which was ordered to be built by the Inca Wiracocha (1380 – 1438) and remodeled by the famous emperor Pachacutec (1418 – 1471). Today it is an archaeological site full of paths, stairways, terraces, water channels, stone temples and more.

In 2015 and 2016 the enhancement works were carried out. Then Inkilltambo acquired notoriety for its architectural and scenic beauty. People come there to enjoy the nature and history of the place. It is reached there by means of a small route along Inca roads (the famous qhapac ñan). Of course the income is free.

Cusicancha was an Inca palace of great beauty. The passage of time has damaged its structures but you can still see the fine walls and passages that constituted this beautiful place. But what does it mean? Its name, translated from the Quechua language, means ‘Happy Enclosure’. It was Pachacutec who had it built for his joy and, of course, happiness.

Cusicancha is administered by the Ministry of Culture of Peru. Due to its poor state of conservation it is not open to visitors. However, from some windows on Romeritos Street you can see it. It is a place included in the classic free walking tours through the city of Cusco.

The neighborhood of San Blas

The neighborhood of San Blas is known as the neighborhood of the bohemians of Cusco. The reason? There are restaurants, bars and a lot of cultural life. There the most acclaimed artisans of the city meet: the Mendivil family, the Merida family, the Olave family and more. In its peaceful square backpackers from all over the world gather. There is an air of tranquility, really.

The neighborhood of San Blas is also known as the balcony of Cusco because it is in the upper part of the city center. In Inca times there was a temple dedicated to the lightning god (Illapa). In 1563 the Spaniards built on its walls the temple of San Blas that later gave the name to the neighborhood. Day and night the place is safe to visit.

The Plaza de Armas is the busiest place for tourists visiting Cusco. There are the main shops, hotels and restaurants of the city. However, what stands out most are the Cathedral of Cusco and the temple of the Society of Jesus. At night the square is taken over by the young bohemians. It is a place that yes or yes you will visit.

In Inca times the square was called ‘Aucaypata’ which means ‘Place of the warrior’. Its function was also that of cultural and civil center of the capital of Tahuantinsuyo. However, the Incas had a much larger square. The square was then designed by the Spaniards. Today there are important events such as patriotic parades, concerts and the famous Inti Raymi, the festival of the sun.

The Coricancha is the most Inca temple in all of Tahuantinsuyo. It’s in Cusco, the capital of the empire, of course. What was its importance? The finest stone walls are there. The most sacred shrines, too. These were covered by sheets of gold and precious stones. After the arrival of the Spaniards on its strong walls, the church of Santo Domingo was built. Today these two temples coexist harmoniously.

Appreciating the Coricancha and the church of Santo Domingo on the outside is free. Entering has another price. However, the best photographs are obtained from the outside (especially at night). In the distance you can see the immensity and perfection of its walls. This site is also included in the classic free walking tour through the streets of Cusco.

The Temple of the Moon

In truth few people know the temple of the moon of Cusco. This mysterious site is also called as the Temple of Fertility. The reason? It has a cavern through which the sun’s ray flows through an upper hole. It is believed to symbolize the woman’s womb receiving the light of life. Surprising?

The few tourists who arrive there do so to make ‘payments to the land’ or ‘coca leaf offerings’. The small cavern in which it is located is part of a large stone formation used by the Incas to build their cities and temples. The visit is free although sometimes the guards do not allow entry. A matter of luck? Maybe dare to know!

This last tourist attraction is further away compared to the other places. It is located in the community of Chakan, about 8 kilometers away. It is a rock of a fall of 50 meters. It is said that the Incas carved the balcony and viewpoint that gives an incredible Andean landscape. It even represented the gateway to the ancient city of Cusco.

Visiting the devil’s balcony is free. However, it requires energy because it includes a walk there. From Sacsayhuaman it can be reached in approximately 1 hour. In addition to the mysterious balcony on the site you can appreciate beautiful landscapes such as the Saphy River. We recommend that you go in a group and with a lot of energy. You won’t regret it! 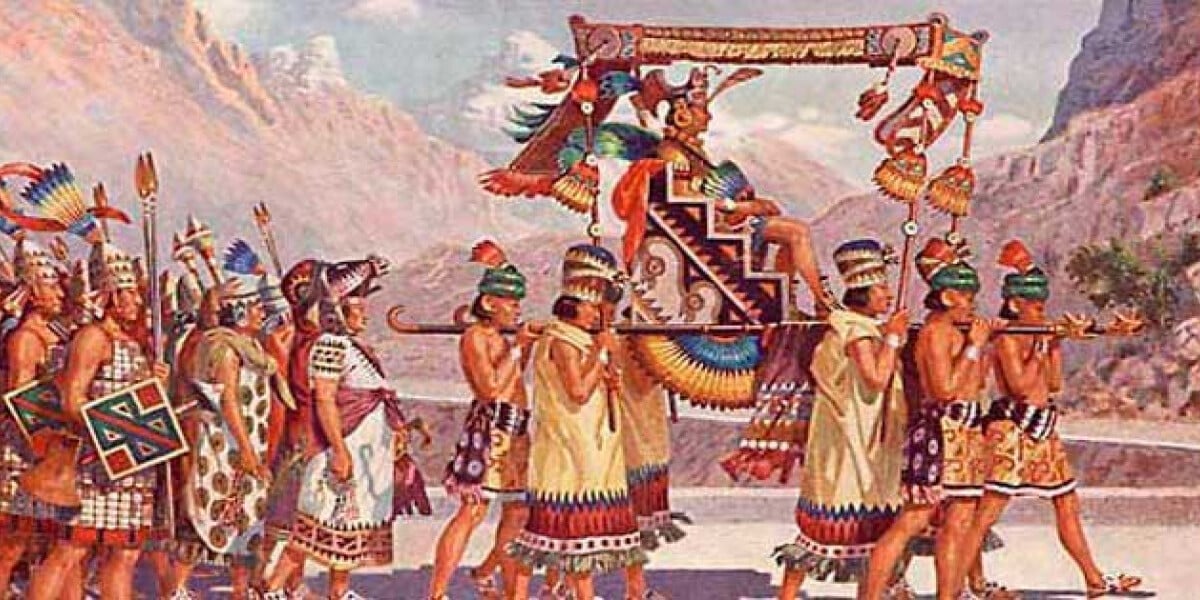 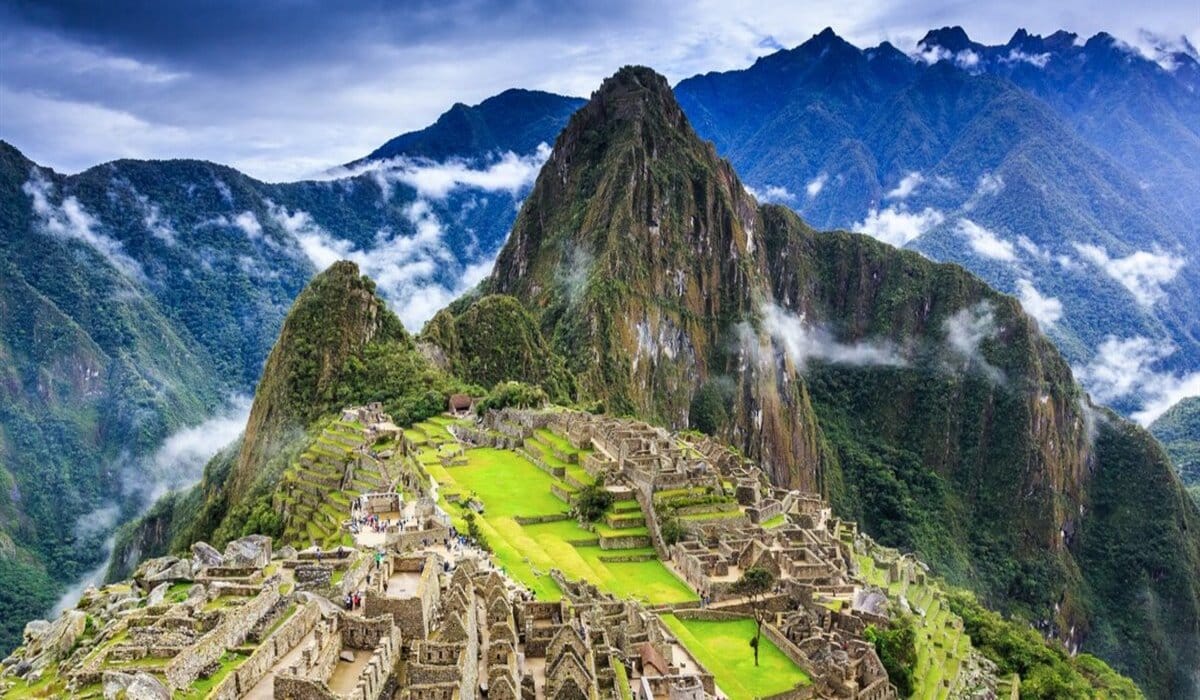 How did the Incas build incredible architectural works such as Machu Picchu, Sacsayhuaman, Coricancha, Choquequirao and more? Meet them!